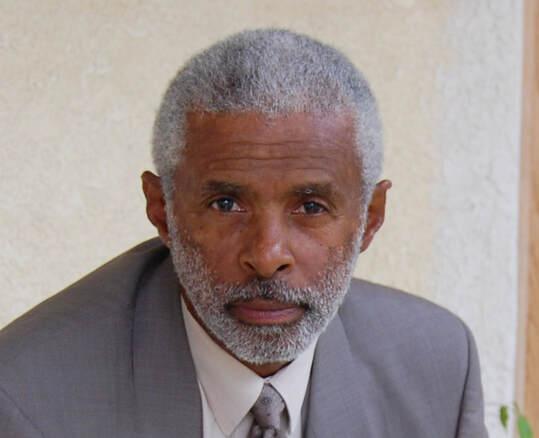 Today we’d like to introduce you to William Denson. This is William’s story:

Born and raised on the outskirts of Philadelphia, Pennsylvania. William and his three brothers and sister was influenced by a village of loved ones; two grandmothers, a grandfather, uncles and aunts who were great role models, in addition to his loving mother and hard working father! There were many challenging times growing up in segregated southern Chester County, Pennsylvania. This led to Willian’s decision to leave Chester County and join the United States Air Force at the ripe age of seventeen to venture into this magnificent world awaiting to blossom into his young life! The military offered William the opportunity to travel extensively during his four year stint. His travels began in San Antonio, Texas and moved on to New Orleans, Louisiana, Biloxi, Mississippi, Denver, Colorado, Taipei and Taichung, Taiwan, Tokyo, Japan, Honolulu, Hawaii, Manilla, Philippines, Nogales, Mexico and Tucson, Arizona.

Traveling the world at such a young age and experiencing life in various parts of the United States and the Far East provided William with a unique perspective of the world. Spending time in a third world country sensitized him even more to the plight of “the least of these”, specifically the children who grew up very poor and not offered the opportunities to dream or even chase their dreams. It brought back many memories of his upbringing in Southern Cheser County in southeastern Pennsylvania.

After  serving his country for four years, Willliam was honorably discharged from the Air Force at the rank if Sargeant and served two more years in the reserves. December 1975, William chose to relocate to Los Angeles, California where he earned his AA and BA Degree in Communications/Theatre Arts in 1980. During this period of time in the 1980’s, he began his coaching career and teaching basketball and baseball that lasted 30 years. William coached co-ed teams as well as separate boys and girls teams. During his time of coaching, he noticed nearly 90 – 95% of the young players attending practice were being dropped off and picked up my mothers and grandparents. His question was, “Where Are The Fathers?” After numerous conversations with the mothers and grandparents, William’s Spirit challenged him to do something about this. What it was, wasn’t clear to him.

This led to William directing, writing, and producing a five part documentary in 1995 titled: “Fathers I-V”. The documentary included children, mothers, fathers speaking from their hearts about the absence, neglect and abandonment issues regarding fathers. William hosted a panel of experts from the social, political and religious fields to discuss the scenario of fatherhood. The documentary received rave reviews in the Los Angeles and San Diego areas. “Fathers” was also acknowledged by The Roy Dean Institute in Hollywood.

William wanted to do more. He founded a nonprofit organization: “A Father Forever”; established in December 2003 embracing the mission statement: A Father Forever educates, motivates and inspires fathers to be responsible and loving fathers to their children. A Father Forever’s motto is “I Choose To Be A Father Forever!” The mantra is that each father accept the responsibility and the blessing of being chosen to be a father. William believes Children are a gift to each father from the Supreme Being!

If that wasn’t enough, William was inspired in 2004 to ride his bicycle across the United States to place an emphasis and awareness on a national level of the need of all fathers to realize their value, potential and power as a loving father. Commencing on the Santa Monica Pier in California, William sojourned 76 days across the deserts of California, Arizona and New Mexico, the beautiful Rocky Mountains in Colorado, the windy flatlands of Kansas and Missouri, prestigious Lake Michigan in Chicago, the hilly southern Indiana, to the amazing forests in Ohio, Steel City in Pittsburgh, to the Cheesesteaks in Philly down the Beltway to Washington D.C. to the White House lawn! Along this amazing and life inspiring journey, he spoke to elementary, middle school and junior college students, teachers, churches, prisons, newspapers and radio stations in his passion and effort to increase the awareness of Fatherhood.
​
William returned home to Los Angeles in June and was contacted by the Los Angeles Sparks. They chose to honor him and A Father Forever during halftime of a game at The Staples Center of his mind boggling achievement and the great job A Father Forever was doing in the community. During the halftime ceremony, William brought his nine year old son and two year old grandson to mid-court with him, one of his most memorable moments in his life!
William has continued his work with A Father Forever over the years. A Father Forever provides golf tournaments for fathers and their children, kayaking at Newport Beach, bike rides and cookouts at Santa Monica Beach, toy drives, blood drives, and community clean-up. A Father Forever’s 2022 goals are: teaching kids the value of gardening, learning how to play chess, horseback riding, whale watching and a weekend campout in the mountains to name a few. William states this is his passion and loves seeing the children with the interaction with their fathers.
​

We all face challenges, but looking back would you describe it as a relatively smooth road?

No, it was not a smooth road riding the bicycle across this massive country. There were challenges along the way that I will discuss in my book I hope to complete before the year’s end. Funding has always been an issue for A Father Forever. We received less than $1,000 in donations for the bike ride. The large majority came out of my personal pocket. Even to this day, we continue to survive on our own donations and generous donations from others.

We believe our major challenge coming up is our planning to celebrate the 20th anniversary of the bicycle trip to the White House in 2024. We plan to do a massive sponsorship drive beginning in 2022 as we plan to reenact the bicycle journey again across country. Although I won’t ride the same distance, I will ride a portion of it. The plan is to schedule speaking engagements at schools, prisons, churches and other organizations. We plan to schedule radio and television interviews lined up in the cities of the route we are taking to heighten awareness of fatherhood and its value. My book titled: “One Fathers Journey” will be the talking point of the trials and tribulations of fathers. Like-minded individuals and organizations will be given the opportunity to join us for a portion of the bicycle journey. We will contact like-minded organizations along the way to assist us in attaining speaking engagements.
​
In addition, we will broadcast podcasts twice a day along the trip as well as a film crew to document this historic journey we are on. We hope and pray this article in Publishing Voyage LA will be a springboard for us to accentuate the value and teachings of embracing our culture of A Father Forever. We firmly believe there are many people, organizations and corporations that believe in the core values of A Father Forever. We are respectfully recruiting sponsors to help us accomplish this monumental task!
​

As you know, we’re big fans of A Father Forever. For our readers who might not be as familiar what can you tell them about the brand?

A Father Forever is a non profit organization that is dedicated to uplifting, teaching, encouraging fathers to live in the moment with their children and be a positive influence. We strongly believe the best gift a father can give his child is the gift of their time! Ask any kid or even an adult who has fond memories of their fathers….the first thing they mention: “Remember the time when dad did this or dad took us…….fill in the blanks! Our motto is simply: “I Choose To Be A Father Forever!”
​
Visit our website: www.afatherforever.org / email us @ william.afatherforever@gmail.com / call us @ 323-618-1900 / We have a donation page on our website, your donation is 100% tax writeoff to a charitable organization!.
​

Can you talk to us about how you think about risk?

William left his family for 76 days in 2004 to accomplish this amazing task of riding a bicycle across the U.S.A. There was a GREAT cost of possibly losing his life, his family and his job. By the grace and mercy of the Creator of The Universe, he was able to maintain his life, family and job. Talk about risk? Is there anything more riskier than losing everything you worked your entire life for? That’s the power of believing in something…..in spite of the odds that are against you….you stand tall to the challenges and face them, one at a time, one day at a time. You only live once….Give it your Best……….GO FOR IT…..and see how the cards fall!
​